Hernando County was created in 1843 and named after Hernando DeSoto, whose circuitous voyage to the Mississippi brought him through this area. From 1844 until 1850 it was known as Benton County, after firebrand Missouri Senator Thomas Hart Benton,who sponsored the Armed Occupation Act that allowed the depopulation of most of Florida\’s Native Americans.   The name was changed back to Hernando, possibly because residents were irked by Benton’s Unionist views.

Hernando residents attended court in Newnansville, Alachua County, for a time, until locating a county seat at “DeSoto.” This was later moved to Bayport, then Pierceville, and finally Brooksville. The name may honor another controversial antebellum politician, South Carolina congressman Preston Brooks, whom history remembers chiefly for having savagely caned abolitionist Charles Sumner on the floor of the Senate.

Brooksville’s first courthouse was located in the home of Maj. Isaac Garrison, who lived in Chicuchatta Hammock in what was then called “Melendez.” In 1855 Joseph Hale donated land for a wooden courthouse, which served until destroyed by fire in 1877. A second wooden structure wasbuilt in 1878, accompanied by appointment of a volunteer fire brigade. The current Hernando County Courthouse dates from 1913. In the 1970’s the county commission debated razing and replacing it, but localresidents protested emphatically, one writing a poem declaring the structure “the Brooksville crown” and the city bereft of it “a headless torso.” After a referendum the building was spared and an annex constructed instead. 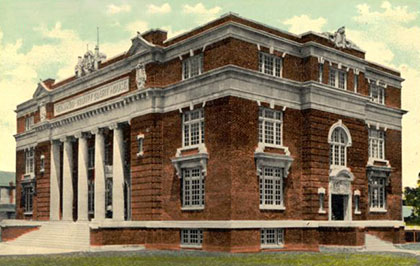 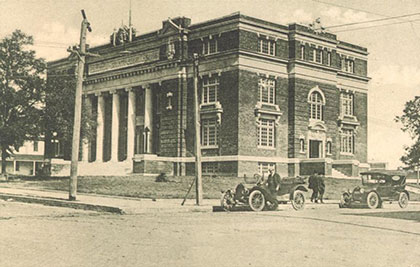